Widespread police brutality, arbitrary arrests and systemic torture and ill-treatment of hundreds of individuals have taken place since the beginning of post-election protests in Belarus. Mass abuses, including beatings of peaceful protesters and journalists, sexual violence, and other forms of humiliation, continue to this day, while victims of torture, and their lawyers, are threatened and harassed when lodging complaints. No effective investigation of these violations has so far taken place.

Ahead of the UN Human Rights Council Urgent Debate on Belarus, the OMCT, FIDH, “Viasna” Human Rights Centre, and the Belarusian Association of Journalists, invite you to an online side event to shed light on these abuses.

The panelists will provide first-hand information on the extent of the violations and discuss the role of the Human Rights Council in ending such violations and establishing a mechanism to investigate and document torture policies and other gross violations of human rights.

Translation will be provided in English, Russian and French. 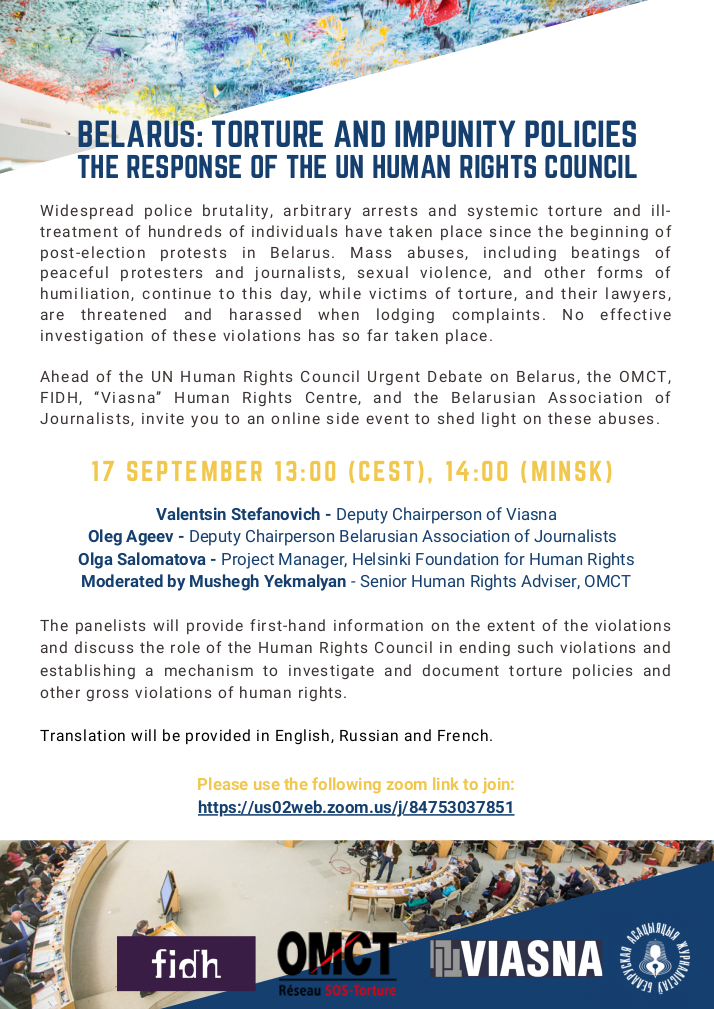