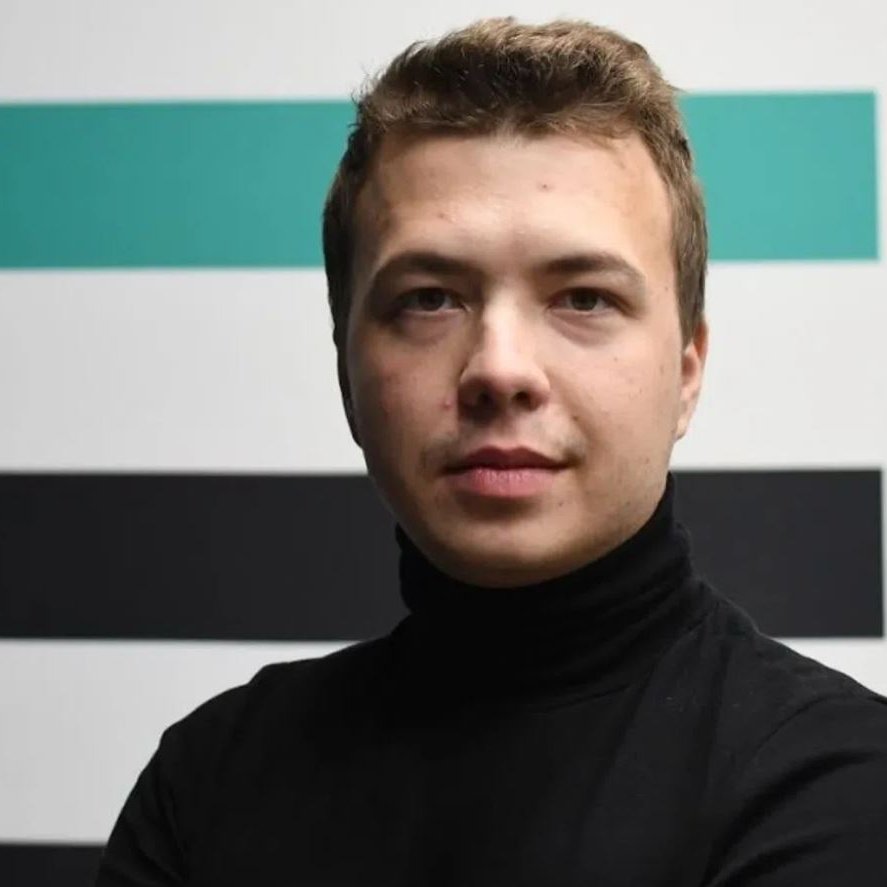 Raman Pratasevich is a well-known blogger and journalist based in Poland.

In the summer of 2020, during mass protests against the rigged presidential election, he was the editor-in-chief of the popular opposition Telegram channel NEXTA. After leaving NEXTA, he became the editor-in-chief of the Telegram channel called "Belarus Golovnogo Mozga", previously administered by political prisoner Ihar Losik. Both channels were declared extremist by the Belarusian authorities.

On May 23, Raman Pratasevich was detained by Belarusian security forces at the Minsk National Airport, following the forced landing of a Ryanair passenger airliner. His girlfriend Sofia Sapega, a student of the European Humanities University, was arbitrarily detained together with Raman Pratasevich.