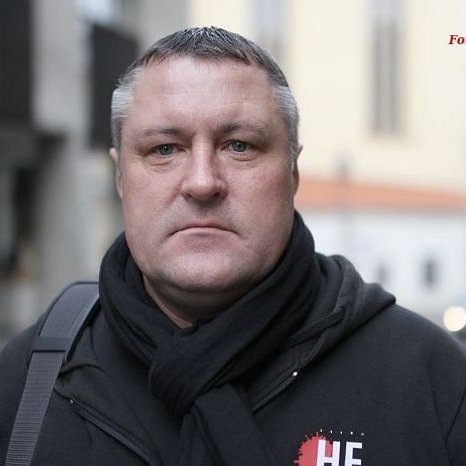 Detained: 18 Jan 2021 Charges: Art. 342 of the Criminal Code - Organization and preparation of actions that grossly violate public order, or active participation in them Status: Sentenced to 3 years in a medium-security penal colony

Leanid Sudalenka is a human rights activist and chairman of the Homieĺ branch of the Human Rights Center "Viasna".

Leanid Sudalenka is has been defending human rights for 20 years. He has provided free legal assistance, including by preparing individual complaints to the UN Human Rights Committee on behalf of Belarusian nationals whose rights were violated by the government. For his human rights work, he was awarded the prestigious prize of the French Republic “Freedom-Equality-Brotherhood” in 2018. In 2019, he became the winner of the National Human Rights Prize in the nomination “Human Rights Defender of the Year”.

In 2020, Leanid Sudalenka provided legal assistance in appealing against court rulings issued for participating in peaceful assemblies that took place in Homieĺ after the presidential election of August 9.

Sudalenka was detained on January 18 as part of a criminal case under Art. 342 of the Criminal Code (organization or active participation in group actions which gravely breach public order) and was remanded in a detention center.

On January 21, he was transferred to a pre-trial detention center, and his detention was extended by 10 days.

On January 28, Sudalenka faced official charges under Parts 1 and 2 of Article 342 of the Criminal Code (organization and preparation of actions grossly violating public order and financing such activities). He remains in custody in pre-trial detention center No. 3 in Homieĺ.

On 3 November, 2021, in a closed trial, judge Siarhei Salouski of Centraĺny District Court in Homieĺ delivered the verdict in Sudalenka’s case: he was sentenced to 3 years in penal colony.